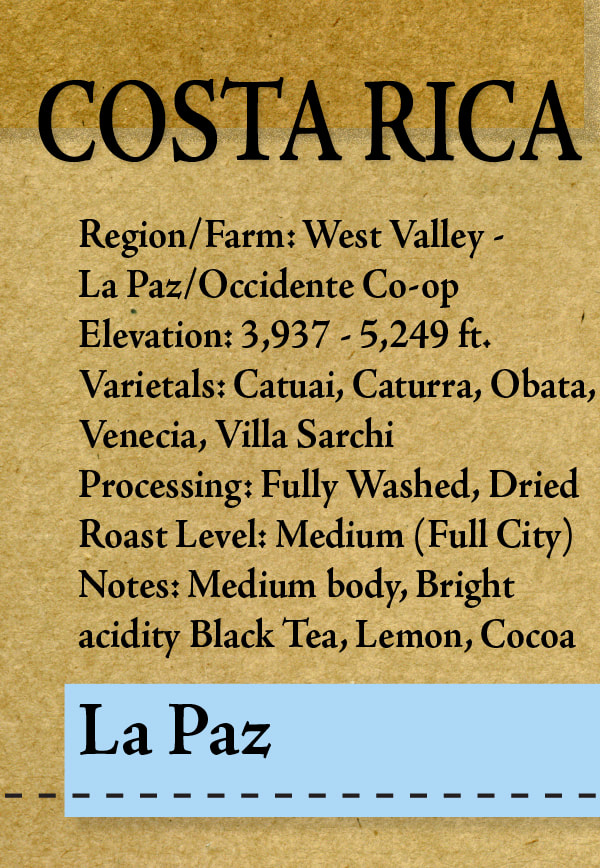 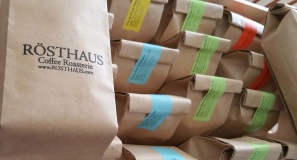 On Dec. 1, 1948, Costa Rica officially abolished its army. Nearly 70 years later, it's still proud to be a peaceful country without a military. Thus, “La Paz,” or, “The Peace,” is a name given to landmarks throughout the country — one of the most famous being the La Paz Waterfall in the West Valley.

Coffee grown in this area is renowned for its excellent cup quality, and a handful of farmers from the West Valley have earned Cup of Excellence awards in recent years. The West Valley consists of five main towns: Atenas, San Ramón, Palmares, Naranjo and Grecia. It’s surrounded by the Poás and Barva volcanoes to the east and the San Ramón and Turrubares Mountains to the west. Unlike other regions, slopes in the West Valley have moderate inclines, which help to conserve soil depth and quality.

The region is populated by immigrants from the Central Valley who, toward the end of the 19th century, brought their coffee crops and resettled, taking advantage of the climate and the richness of the soil. Coffee has since significantly contributed to the region’s social and economic development and generated a culture of values and principles built on family unity.

About Costa Rica
Gentle Pacific weather characterizes this region. Stable temperatures, a steady and well-defined rainy season, and uniform dry and sunny days create a predictable climate. Volcanic soil from the Poás Volcano further creates ideal growing conditions. Another essential bragging point about Costa Rica is that farm workers, including migrant workers who arrive for the harvest, are guaranteed the minimum wage and have access to the national healthcare system

Farm Details
The Volcafe Way team has worked closely with a number of farmers in this region to implement environmentally friendly water treatment systems, as well as on reforestation plans focused on river margins and keeping springs and rivers free of contaminants. Additionally, the Benesai Mill has recently been incorporated into the Volcafe Group, with Genuine Origin. It is uniquely positioned to work with high-quality areas such as Naranjo and Grecia. Its drying patios allow for the sun drying of coffee, bringing out the best flavors the area has to offer.